Overcome Your Life Obstacles: Ancient Stories Secretly Teach us with the Threshold Guardian 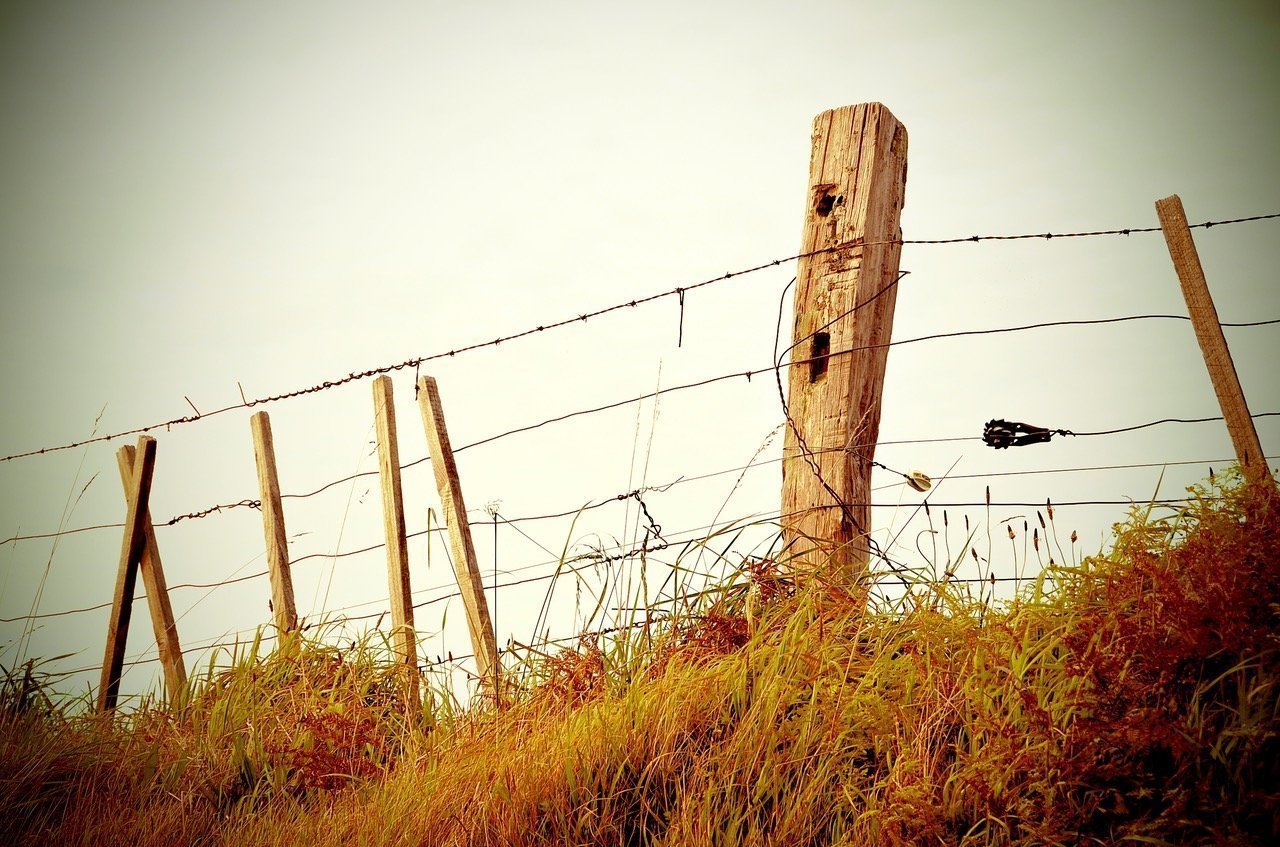 If you’ve ever been alive (which, if you’re reading this, I assume to be true), you’ve faced obstacles. In fact, your life is most likely riddled with obstacles, dead ends, and false starts. But fret not, because part of being alive is the act of facing – and overcoming – life obstacles.

Luckily, overcoming a life obstacle is easy. That’s because the ancient stories we’re all used to (The Illiad, The Odyssey, etc.) have secret meanings and teachings that actually tell us how to overcome our life obstacles.

Pretty cool, huh? And the best part? Many of these ancient stories are thousands of years old, and their lessons are verified and proven. Read on for six tactics to overcome your life obstacles, as well as information on how to identify an obstacle and use it to your advantage through the teachings of the threshold guardian.

How to Identify a Life Obstacle

An obstacle, according to the dictionary, is anything that blocks one’s way or prevents or hinders progress. Pretty self-explanatory, but it’s important to ensure that we’re on the same page.

Why Obstacles are Important

There will always be life obstacles. Any time you do something that has more than one variable (i.e., more than just you), you’re liable to face an obstacle. And that’s ok because you’re always going to face obstacles in life. Obstacles aren’t a bad thing. In fact, obstacles are good in that they’re proof you’re trying something out of your comfort zone.

This is because nothing really ever goes according to plan. However, just because things don’t go according to plan doesn’t mean you shouldn’t try to make something of your life. All it means is that you’re sure to face life obstacles along the way.

These are the forces that manifest themselves in the form of a life obstacle.

Any time you open your door and leave your house, exiting the safety of your cave and venturing out into the cruel world, you’re likely to face a life obstacle. It could be something as small as forgetting your keys or something as large as getting fired.

Regardless, every time we go forth into the world, we’re bound to face one or more life obstacles. Therefore, we shouldn’t try to avoid obstacles but rather embrace them with open arms. They’re a sign we’re heading in the right direction. They’re a test to ensure we’re worthy of what lies on the other side.

I could go on, but I think the ancient stories from our past say it much better.

What the Threshold Guardian Teaches Us About Life Obstacles

The idea of the threshold guardian comes from the work of the famed linguist Joseph Campbell and the reintroduction of Campbell’s work by Christopher Vogler. Based on the detailed analysis of all the popular stories throughout time, from Homer to Shakespeare, all good stories include specific character archetypes.

Each of these archetypes represents a real type of person or situation that we’re liable to encounter in real life. This is why these stories remain so popular and have been able to permeate time and space. They ring true, even now, thanks to very realistic character archetypes.

These archetypes include such people as:

The list goes on, but I’ll stop here because the most important archetype for this article is the threshold guardian.

Campbell refers to this as “entering the new world.” Anytime a hero grows as a person and becomes better, they effectively “enter a new world” where they now have new learnings and understandings. The threshold guardian, according to Campbell, is what stands between the “old world” and the “new world” of personal growth.

In the ancient stories, threshold guardians can be anything from the Sphinx in Oedipus to Darth Vader in Star Wars. They block the hero’s path that leads to the life they want. Only in your life, the hero isn’t Oedipus or Luke Skywalker but is, in fact, you.

Purpose of a Threshold Guardian

Christopher Vogler tells us that “Testing the hero is the primary function of a threshold guardian.”

Overall, the purpose of the threshold guardian is to ensure that those who pass are worthy. In your life, for example, a threshold guardian might be a recruiter who’s assessing your experience level. It might be a venture capital fund who’s reviewing your company’s financials. It might even be a failing relationship that requires more of your time and attention.

If you’re worthy, you’ll pass over the threshold and get that new job, receive that much-needed funding, or repair that relationship. If not, however, you’ll be turned back and will have to focus on gaining the skills necessary to pass.

What a Threshold Guardian Represent in Your Life

Let me make this clear: You are the hero of your own life. No one else. Just you.

Threshold guardians therefore represent a test, a challenge for you to pass. Only those who are worthy of passing the test make it through to the other side. Those who aren’t worthy are turned back to try again at another time.

Every time you try to make a major change in your life there’s something that opposes you. However, these threshold guardians aren’t evil, but rather, they’re there to test you and make sure you’re worthy of the “new world” you covet.

How a Threshold Guardian Can Help You Overcome Life Obstacles

Let’s take a moment to discuss each of these tactics for overcoming threshold guardians and then discuss how they can be used in your own life.

How the Hero Overcomes a Threshold Guardian

There are six tactics, according to Campbell, that heroes use to thwart their threshold guardians and make it into the “new world.”

The first five are fairly self-explanatory. In fact, all of them are some variation of our evolutionary tactics for survival. “Turn and run” and “stay and attack,” for example, are variations of “fight or flight.”

However, the sixth tactic is not only the most effective but is also the most important. “Absorbing” the power of the guardian is the act of using the threshold guardian’s power against it. Christopher Vogler calls this “getting into the skin” of an enemy.

The most successful heroes in our ancient myths are the ones who transcend their threshold guardians rather than destroying them. Think about it like bodybuilding. The greater the resistance the greater the potential strength gain. The most successful heroes from our past are the ones who use resistance to get stronger and transcend their old world in an attempt to manifest a new world.

How You Can Become the Hero and Overcome Your Life Obstacles

Let me explain with an example from my own life.

I love self-development and personal growth. I’m always looking for ways to quiet my mind, focus on the positive, and truly enjoy life. It’s hard, but it obviously has its benefits. Self-improvement results in a life of fulfillment.

However, there are an infinite amount of obstacles that stand in my way. The resistance every time I sit down to meditate, for example, is a form of a threshold guardian in my life.

Which leads me to my example. One of my goals in life is to stop caring what other people think about me. I use meditation and other positivity tactics to quiet my mind in an attempt to stop. And for a while I thought that I was doing a good job…until I got slammed with a life obstacle turned threshold guardian.

Believe it or not, there are a few people in my life who don’t like me. These people stand opposed to me and my desire for self-growth. What angers them about me is irrelevant, but what’s important is that every time I feel like I’ve let go of my negative emotions and transcended, I see these people and they drag me back down into a world where I’m controlled by my emotions and not the other way around.

Each time I think I’ve passed the threshold into a life where I don’t care what others think, I meet one of these threshold guardians and I’m thrust back into variations of the negative thought loop, “why doesn’t this person like me.”

However, because I know about the archetype of the threshold guardian, rather than getting mad at myself and at these people, I know that I’m not yet worthy enough to pass the threshold. I still have work to do in terms of controlling my mind, letting go, and not caring what people think about me.

So, rather than getting angry at the life obstacle, I smile and go back to the drawing board, knowing that if I tweak a thing or two in my life, I might soon become worthy of the new world I covet.

How to Follow the Direction of Your Life Obstacles

“In daily life, you’ve probably encountered resistance when you try to make a positive change in your life. People around you, even those who love you, are often reluctant to see you change. They are used to your neuroses and have found ways to benefit from them. The idea of your change may threaten them. If they resist you, it’s important to realize they are simply functioning as threshold guardians, testing you to see if you are really resolved to change.”

Vogler goes on to say that:

“Successful heroes learn to recognize threshold guardians not as a threat, but rather as useful allies and early indicators that new power or success is coming. Threshold guardians who appear to be attacking may, in fact, be doing the hero a great favor.

“Heroes also learn to recognize resistance as a source of strength. Rather than attacking the power of threshold guardians head-on, heroes learn to use it so it doesn’t harm them. In fact, it makes them stronger. Ideally, threshold guardians are not only defeated but incorporated into the body of the hero. Ultimately, fully evolved heroes feel compassion for their enemies and transcend rather than destroy them.”

Remember that you are the hero of your own life story. And as is the case with any hero, you’ll face seemingly insurmountable obstacles along the way.

However, if you can start to view your obstacles as positives rather than negatives, you’ll soon cross the threshold into the new world you so desperately desire.